Geo-politics, pipelines and permits in a resource-rich region

Canada can expect an oil industry “investment windfall” of up to $1.6 trillion over the next 20 years, if it manages to maintain an attractive investment environment, according to the International Energy Agency. 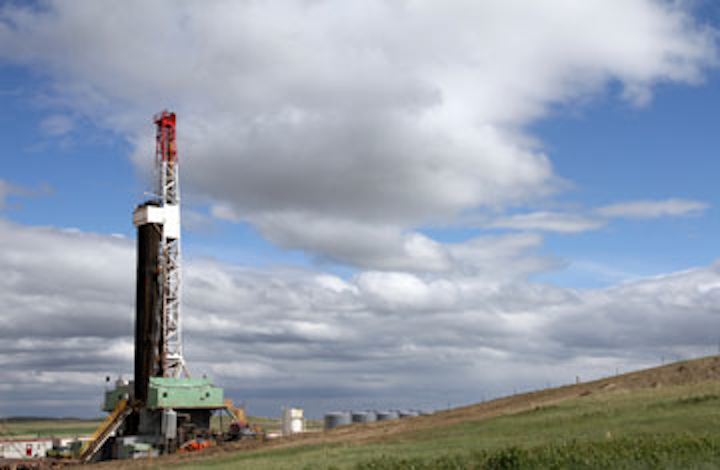 Canada can expect an oil industry "investment windfall" of up to $1.6 trillion over the next 20 years, if it manages to maintain an attractive investment environment, according to the International Energy Agency.

To do so, it will have to "play its cards wisely" and keep project costs at a reasonably low level.

Recent indicators of the hand held include that even though Canadian pipeline operators experience difficulties in having major projects approved by U.S. authorities, the links between Alberta’s oil fields and refineries south of the border are getting better, a new analysis by Barclays Capital suggests.

Also, the Canadian government has green-lighted a proposed project for constructing a pipeline to a terminal at the Pacific Coast that would serve as a starting point for Asia oil shipments, mostly to China, media reports reveal.

Finally, Canada is toughening its rules concerning pipeline safety and response to spill damages, transferring the responsibility for oil spills to pipeline companies and making them liable for all costs associated with accidents.

As U.S. oil production is expected to stabilize in the mid-2020s and Middle East investment uncertain due to regional political instability, Canada’s oil deposits, especially its oil sands, will play a major role in the global oil market.

In the years through 2035, Canada’s oil sands sector alone will need annual investments of $42 billion, or $840 billion in total. This compares to the $29 billion expected to be invested in the sector this year, as calculated by the Canadian Petroleum Producers Association, the Financial Post reports.

Speaking to the Financial Post’s energy editor Yadullah Hussain, the executive director of the IEA Maria van der Hoeven said that Canada has the potential to become a global energy supplier but there are several conditions that have to be taken into account. Firstly, the country will have to bring down the cost of oil sands projects, and secondly, it will have to figure out how to deal with the environmental aspects of production, perhaps with the use of technology.

Thus, despite the political paralysis endemic to U.S. governance, links between Alberta’s oil fields and refineries south of the border are getting better, a new analysis by Barclays Capital suggests.

According to Michael Cohen, analyst at Barclays Capital, as logistics between the two countries improve, delays in key pipeline projects may not negatively affect Canadian oil sands development. Bitumen production from Canada will reduce import values, be blended with light supplies and be transported more directly to U.S. refineries, he explained in a note to clients, quoted by the Financial Post.

Several connectivity projects should launch this year, further facilitating Gulf Coast access and reducing costs, Barclays’ analysis showed. These include the Flanagan pipeline, from Pontiac, Illinois, to Cushing, Oklahoma, and the Seaway pipeline, from Cushing to Freeport, Texas, both operated by Enbridge. Another project set to come online soon is the Pony Express, running from the Bakken Shale to Cushing, operated by Tal Grass Energy Partner LP.

Despite the new pipeline capacity expected, Canada is ramping up rail on-loading capacity. These logistics developments are set to close the gap between domestic and imported crude, leading to a narrowing of differentials between Western Canada Select and the U.S. crude benchmark, Cohen predicted.

Green-lighting of the proposed project to construct a pipeline to a Pacific Coast terminal was expected, as Canada is looking for new markets in light of prolonged delays in approval for the Keystone XL pipeline by the United States. Oil sands production is rapidly growing and, as the decision on Enbridge’s Keystone project is still pending, Canada needs to move its crude.

But the government decision was not easy. Enbridge, which will build the 525,000 barrels-per-day Northern Gateway pipeline to the Pacific, would have to meet all 209 conditions listed by Canada’s regulator. The pipeline will carry diluted bitumen for 1,177 kilometers from eastern Alberta to the Pacific port of Kitimat, British Columbia. The $6 billion project has faced criticism from environmental and aboriginal groups but approval was nevertheless granted by Prime Minister Stephen Harper’s cabinet.

Natural Resources Minister Greg Rickford said in a statement that Enbridge still had a lot of to do before it could meet its commitment to engage with local communities regarding the project but Prime Minister Harper pointed out that constructing the "essential" Northern Gateway was in accordance with the country’s best interests.

Some of the work already done includes Canada toughening its rules concerning pipeline safety and response to spill damages, transferring responsibility for oil spills to pipeline companies and making them liable for all costs associated with accidents.

The move was announced by Natural Resources Minister Greg Rickford last month, ahead of the development of new export projects. Under the legislation, pipeline operators must hold a minimum amount of cash to cover potential cleanup costs. They will be liable for all spills and incidents on their infrastructure regardless of fault and will be responsible for the first C$1 billion in cleanup expenses.

The government will also give the National Energy Board (NEB), Canada’s energy watchdog, expanded powers concerning compliance on safety, allowing it to intervene and manage spill response if a company is unable or unwilling to do so.

The approach, called "absolute liability" for pipelines regulated by NEB, will also see the government fund the initial cost of damage cleanup when an accident is too severe to be handled by the company itself. NEB will be responsible for reimbursing those funds from pipeline operators.

The changes come amid increasing opposition towards the Northern Gateway pipeline project and Kinder Morgan’s Trans Mountain pipeline, which is expected to boost its capacity nearly three-fold, allowing it to carry 900,000 barrels a day to Vancouver.

Why you shouldn’t add unknowns into the mix