The proposal is the seventh and final key rule that forms the backbone of the FDA’s Food Safety Modernization Act. 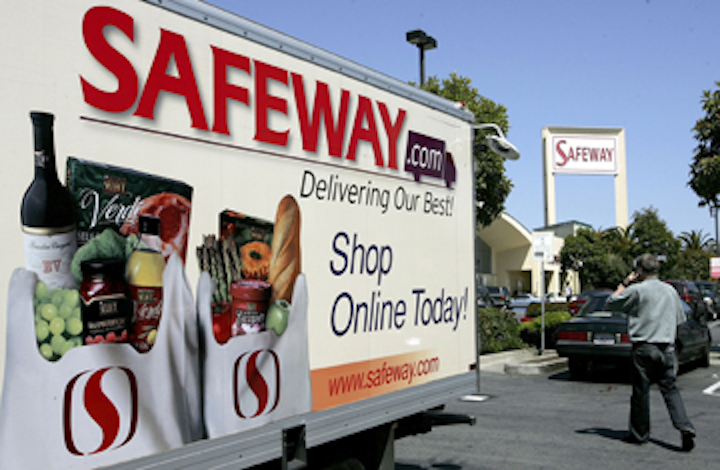 The U.S. Food and Drug Administration (FDA) has introduced a draft rule that seeks to address food safety risks in transportation by requiring shippers, receivers and carriers across the food supply chain to take measures to prevent contamination of food products during motor or rail shipments.

The proposal is the seventh and final key rule that forms the backbone of the FDA's Food Safety Modernization Act (FSMA). The act aims to create a more effective safety system in the U.S. food supply chain that will focus on prevention.

The draft rule sets specific criteria for safe transportation of food, such as refrigeration standards, thorough cleaning of the vehicles between loads and adequate handling of food products during shipments. It will apply to all shippers, carriers and receivers who distribute food to be consumed in the United States, even if the food products are imported in the country.

The rule will be open for public comment until the end of May 2014.

Michael Taylor, the FDA's deputy commissioner for foods and veterinary medicine, explained that the rule would help to minimize the risk of spreading foodborne diseases and contamination during transportation of human or animal food products. It is the next step towards full implementation of the preventive regulatory framework that the FDA is developing to modernize the nation's food safety system.

Why SQF certification and SPC matter in contract food manufacturing

US wastewater infrastructure needs $271B upgrade

The FDA MedWatch safety alert said that certain lots of baclofen may be at risk for contamination with particulates and should not be used to manufacture or compound sterile injectable drugs.
Staff
Dec 15th, 2015

Until this point, the FDA stance on the use of “natural” food labeling has been to consider the term to mean that nothing artificial or synthetic (including all color additives regardless of source) has been included in, or has been added to, a food that would not normally be expected to be in it.
Staff
Nov 18th, 2015

Nearly 606,000 tons of wasted food were diverted from entering landfills in 2014 through a Food Recovery Challenge program. Nearly 88,600 tons of that amount were donated to people in need.
Staff
Nov 16th, 2015

The U.S. government and food industry can work together to help prevent multi-state foodborne disease outbreaks, according to a new report from the Centers for Disease Control and Prevention (CDC).
Staff
Nov 9th, 2015

A poultry processing company is facing fines of $861,500 for 55 violations of safety standards. Announcing the penalty, the Occupational Safety and Health Administration (OSHA) …
Staff
Aug 19th, 2015

The U.S. Environmental Protection Agency (EPA) has pledged to find out exactly what went wrong during work at an abandoned gold mine last week, which …
Staff
Aug 12th, 2015

Last week the U.S. Food and Drug Administration (FDA) released draft guidance for the pharmaceutical industry on how it plans to assess manufacturing quality. The …
Staff
Aug 3rd, 2015

Hardrock Excavating LLC has been fined $75,000 for violating the Clean Water Act by dumping oilfield waste into a tributary of the Mahoning River in 2012 and 2013.
Staff
Jun 1st, 2015
Standards & Regulations

DuPont has been fined $99,000 and strongly criticized by the Occupational Safety and Health Administration (OSHA) for failing to prevent the death of four employees at a chemical plant in November 2014.
Staff
May 18th, 2015