Despite the safety and ubiquity of these devices, engineers and specifiers often overlook opportunities for more efficiencies. 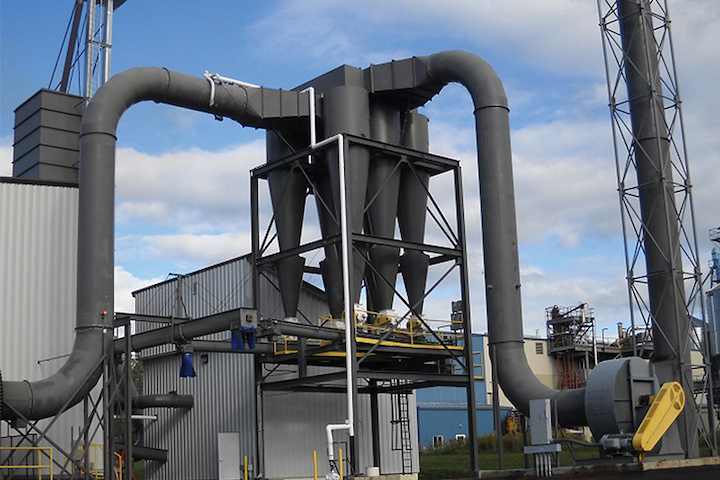 Cyclones represent one of the most commonly specified types of dust collection equipment in the process industries. Design engineers appreciate their efficiency in managing high volumes of particulates. Processors appreciate their low-maintenance needs with no moving parts and versatility in accommodating a wide range of materials. From food ingredients, plastic pellets and manufactured sand to corrosive, high-temperature, toxic materials for petrochemicals, cyclones have proven effective with thousands of materials in support of key processes such as drying, cooling, boiling, reacting, pneumatic conveying and combustion. Yet for all of their importance as a critical part in the safe, efficient, non-stop performance of thousands of processing lines in the United States alone, many process engineers and specifiers either overlook opportunities where cyclones may boost efficiency and/or reduce costs or they err in their design and specification. And given the vital role cyclones play, these errors can be merely costly or sadly catastrophic. As nearly every Processing reader likely sees a cyclone daily, it seems the cyclone’s very ubiquity may detract from fully understanding its capabilities and its diverse range of applications.

In fact, from what we’ve seen in the field over the years, the level of knowledge about cyclones and about their role in the processing line may be in decline, which directly affects worker safety and operational efficiency. Consider this actual installation since it exemplifies key issues involved with specifying cyclones and the demands being put upon today’s processors. A plastics processor using a cyclone to remove dust from its pellets sought to increase production and replaced the fan with a more powerful unit. To be expected, this effectively increased the velocity of the airstream and moved its entrained pellets through the pneumatic conveying system faster than the original system. But the product loss, maintenance headaches and overall decline in production and product quality were not expected. What went wrong?

When specifying cyclones, one of the first steps is understanding the type of gas and particulate material to be separated. Particle size, shape, density, melt temperature and moisture content rank among the key characteristics. Plastic pellets are relatively soft with a relatively low melt temperature of 300–500°F. The increase in velocity by retrofitting the fan battered the pellets into the interior of the cyclone, leaving too many of them broken, flattened and/or shaped like a Rorschach inkblot test. The random, inconsistently wide shape and feather-like weight altered the pellet flow entering the vortex, carrying many of these pellets out of the cyclone with the airstream only to cause disruptions downstream. Those that did drop toward the discharge often caused clogs resulting in frequent line stoppages for clearing and cleaning. If the production team had a greater awareness of how a cyclone works and why it was originally specified then it would have been relatively easy to design a larger cyclone to accommodate the higher velocity airstream at the same time the fan was being upgraded.

How a cyclone works

Cyclones separate particles entrained in a transport gas from the gas and dissipate the momentum. Typically air, flue gas or a gaseous product from a reactor, the particle-laden gas enters an inlet duct tangentially near the top of the cyclone. The cylindrical-conical shape harnesses centrifugal force to direct the airflow into a downward spiral while the particulates are pushed toward the interior wall of the cyclone. Particles may circumnavigate the inside of the cyclone several times until the force within the airstream can no longer keep them entrained and they drop into the discharge outlet duct for collection and reprocessing. When the air reaches the bottom of the cyclone, an inner vortex is created that rises toward the outlet at the top. Fine particles may remain in this airstream and exit at the top, typically to be collected by a baghouse dust collector or other filter before the air is either released to the environment or recirculated, depending on the application.

An example of a cyclone

Though this basic design is considered the industry standard for collecting particulates greater than 10 µm, it is easy to forget there was a time before the cyclone existed. Cities throughout Europe and the United States were choking with air and water pollution from coal dust, fly ash and a host of other contaminants emitted from refineries, gold mines, power plants, smelting operations and other industries. In 1927, a young engineer and early environmentalist in Amsterdam, Holland, named Hermannus Van Tongeren Jr. invented the cyclone as a means for removing these contaminants before they could pollute the atmosphere. Recovering the dust at the source and converting it back to valuable product offered an enticing financial benefit. His patented designs achieved efficiency rates of 97.5 percent while earning praise for reducing pollution and helping to give rise to the growing environmental movement. By licensing this patent, the Van Tongeren cyclone went viral for its day, and thousands were manufactured by many companies for systems all over the world.

These early cyclones affected industry immediately. Cyclones helped drive the growth of consumer mass market products such as dehydrated coffee, powdered milk, flour and yeast by capturing product that previously had been lost as waste during spray drying and/or rotary drum drying. In some cases, previously acceptable product losses of 30 percent were reduced to zero and the waste converted to saleable product. As the automobile began to drive the American economy, more complex cyclones were developed to help refineries safely and efficiently produce high octane gasoline, among other petroleum products. In these early catalytic crackers, for example, cyclones allowed chemical catalysts to be recovered and reused for extended production runs, increased overall efficiency and savings on costs. Ultimately, this allowed the wholesale cost of gasoline to be reduced.

Today’s "cat crackers" and other fluid bed reactor systems demonstrate how innovative design engineers have advanced this technology beyond the original Van Tongeren cyclone design to impart extreme capabilities for reliable performance in extreme situations. Complex cyclone designs can now safely handle high temperatures and pressures, corrosive environments and toxic, abrasive materials such as those common to the oil, gas and petrochemical industries —where a failure can lead to loss of life and financial losses of $1 million per day or more in downtime. In a fluidized bed catalytic cracker, for example, cyclones separate the chemical catalyst from dangerous hydrocarbon vapors after the reaction at temperatures upward of 1,000°F. Then dual stages of cyclones used in regenerating the catalyst for reuse must withstand temperatures approaching 1,400°F. Given these extreme temperatures put significant stresses on the cyclone itself, the user should consider not only its size and shape but also the thermal expansion and how the cyclone expands and contracts as the temperature increases and decreases. Because the size is a key factor in determining the pressure drop, this issue takes on added importance.

In this installation, for example, a steel cyclone designed to flex up to 11 inches during the process was set inside a protective housing designed to flex 2 inches as required given the process parameters. When the maintenance team altered the system configuration, they neglected to consider the potential effect on the cyclone. When the process was fired up, the cyclone expanded downward into the dipleg, overcoming a weld and rupturing the cyclone. This failure shut down the system for weeks and cost millions of dollars. This could have been avoided by understanding how cyclones react in high temperatures and by accounting for any coils, valves, ductwork and other equipment that might come into contact with the cyclone before changing the system. Contacting the manufacturer and/or consulting an engineer in advance is recommended.

To help cyclones withstand demanding conditions like these, a variety of protective coatings and materials have been developed to line the interior and guard against erosion. Specified based on compatibility with both the material and the gas, linings include ceramics, stellite, abrasion-resistant steel plate and a range of refractory materials. In concrete production, for example, abrasive alumina particles heated to 1,400°F may slam into the cyclone at 60 mph non-stop for five years. This requires a refractory material that can withstand both abrasives and high temperatures. Managing fluid bed incineration gas and even radioactive materials needs similar precautions. Yet the compatibility and durability of the lining are only part of the design consideration. Risk of product contamination also needs to be considered. If the lining material wears over time then its microscopic particles enter the airstream. In cyclonic systems processing chemical intermediates, for example, or in cases where the gas itself is the product, these particles could affect product purity and cause a ripple effect in other chemical processes downstream.

Another advance in cyclone complexity takes a counter-intuitive approach. Called the multicell cyclone system, this concept densely packs a series of small diameter cyclones within an outer steel casing (see Figure 1). The small diameters increase airstream velocity while internal vortex vanes increase centrifugal force without changing the direction of the airstream. When the particle-laden air enters through the top of the unit, a manifold directs it into the series of cyclones. Particles are collected in hoppers while the gas is safely discharged. These systems have increased particle efficiency in high volume processes where conventional thought would typically call for ever-larger diameter, conventional cyclones such as in processing  aluminum, cement, coke, coal and a variety of other materials. Manufacturing several small cyclones in this arrangement versus much larger cyclones also offers cost savings and a more compact, manageable system. 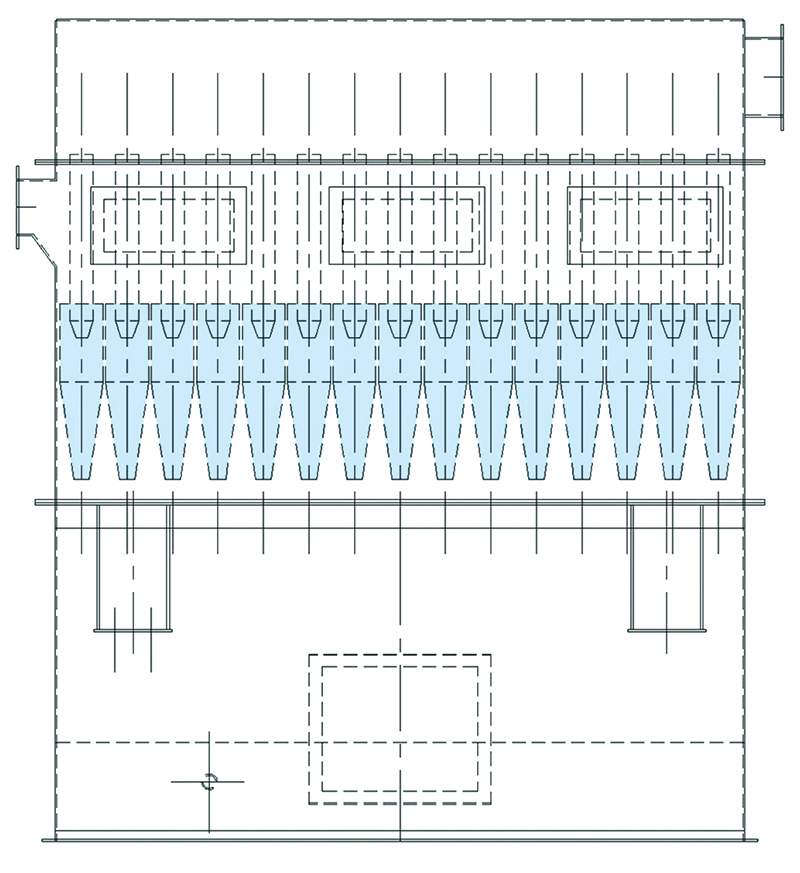 Over the years, cyclones have kept an incalculable amount of pollutants from entering the atmosphere. In fact, few people today have ever witnessed anything but clean, white steam emanating from a smokestack. Credit ordinary Americans for demanding environmental regulations but share the credit with the cyclone. In many industries, meeting air pollution control requirements may be easily accomplished with cyclones alone. In the oil, gas, steel and petrochemical facilities previously responsible for much of the air pollution, installing costly wet scrubbers with on-site wastewater treatment systems has become the standard for particulate removal since their initial application in the 1970s. However, these systems are constantly in contact with corrosives that can quickly degrade the equipment, maintenance is a challenge and dust recovery is limited. Today, companies with wet scrubbing systems are installing cyclones inline upstream to offload a portion of the particulates from the system and reduce the burden on the scrubber. This is improving productivity, permitting particulate recovery and extending the life of aging pollution control equipment while supporting compliance with federal, state and local requirements.

Clarence Kreiser and Jim Miller design cyclones, classifiers and other process equipment for Van Tongeren, in Lebanon, Pennsylvania. The company’s roots can be traced to Hermannus Van Tongeren Jr., who invented the cyclone for dust collection nearly 100 years ago. For more information, visit van-tongeren.com or call 717-450-3835. 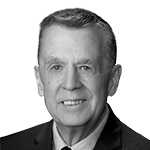 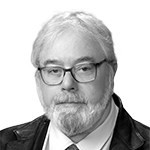 How to choose the most efficient refill design for loss-in-weight feeders
Sharon Nowak
Mar 1st, 2019

A bag-tipping process can be greatly enhanced if a number of precautions are taken early in the design process.
Thomas Lamotte
Sep 17th, 2018

How to clean and sanitize piping in pneumatic conveying systems

Methods depend on the product and process needs
Jonathan Thorn
Mar 19th, 2018

Common issues in batch powder dosing and how to fix them