As demand for nonferrous metals grows, so does the demand for digitalization of processes. 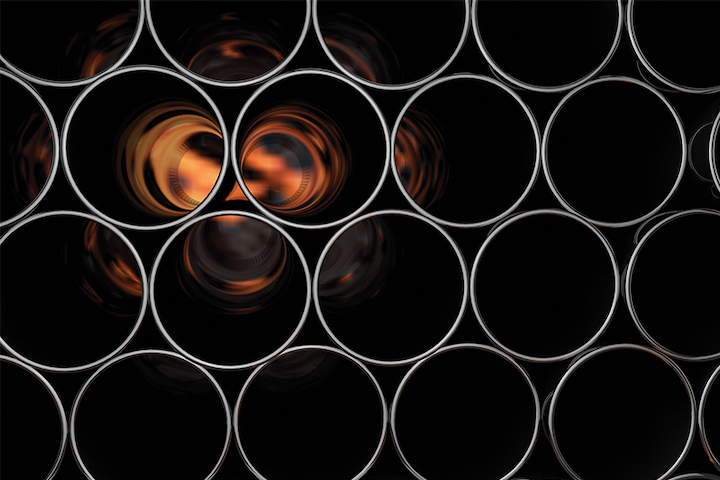 Digitalization has become one of the tools of the fourth industrial revolution. Digital technologies are rapidly changing many areas of our lives — retail trade, banking services, communications between citizens and the state. Digitalization has also affected extractive industries, including, of course, metallurgy. The most important functions of production and communications with partners are transferred to the digital format, thus, more and more data are accumulated around these processes. According to a forecast by Technavio, the market of industrial artificial intelligence (AI) will grow at an accelerated pace by an average of 54% per year in the next three years.

Most of the major players have already started to make attempts at in-depth analysis of the accumulated data and creation of AI models based on them. Departments for data analysis, monetization or digitalization are being created for this purpose. However, nonferrous metallurgy implements solutions based on AI somewhat more slowly than other industries.

Why is this happening and what are the prospects of using AI in nonferrous metallurgy?

Due to the low content of the necessary component in ore and impurities of other elements, nonferrous metallurgy is energy-intensive production with a complex structure. Thus, the content of copper in ore does not exceed 5%, while the content of zinc and lead does not exceed 5.5%. Pyrites are multicomponent and contain about 30 chemical elements. It is required to extract 100 tons of ore per ton of copper. Energy costs reach half of the total costs associated with the smelting of one ton of metal (up to 5 kilowatts [kW] of energy per hour for copper). Many nonferrous metallurgy industries also have a multistage metallurgical conversion of intermediate products.

Specialists in the field of AI have to take into account the specifics of enterprises that are different even when working with the same metal. It is obvious that it is easier to scale AI solutions to plants of the same type than set up a solution for each enterprise separately, but in nonferrous metallurgy no plants are entirely the same, even if they produce the same products.

This makes the implementation of solutions based on AI more complex and, accordingly, more expensive for nonferrous metallurgy.

To compare, the process goes faster in the steel industry. In this industry, technological processes at all enterprises of the world, on the contrary, are very similar. The equipment from the same manufacturers is used, which makes the use of AI easier and cheaper. The struggle for efficiency is pushing for the digitalization of the iron and steel industry. But in reality, it is a struggle with one’s own clone, where the fundamental difference is not so much the technology of metal production, but the economic model of business. All are engaged in the digitalization, in order not to lag behind competitors, and in the end everyone will be about the same level.

Due to the complexity of technological processes in nonferrous metallurgy, much has yet to be studied. Often, the metallurgist makes operational decisions based on two things: existing regulations and his or her own experience. AI, accordingly, finds wide application where traditional tools are not able to substitute the metallurgist in operational decisions with fuzzy logic. As a rule, these are routine decisions that workers are forced to make daily or even sometimes several dozen times a day.

The current level of development of AI is not yet able to create fundamentally new methods. Its function is rather optimizational: reducing the amount of consumables or energy, finding optimal modes of operation of equipment and quality management.

When considering the optimization of established technological processes, a rapid and significant increase in efficiency from the introduction of AI should not be expected: As a rule, the cost reduction is from 3% to 10%. The high level of efficiency improvement in this case suggests that the process was initially debugged far from ideal and the result is rather integral. But even the optimization of 3% of costs is a significant financial indicator for large- and medium-sized enterprises.

Machine vision is one of the most rapidly developing and popular areas of application of AI in nonferrous metallurgy. It focuses on the development of technologies that allow obtaining images of real-world objects, processing and analyzing them, and then using the data to solve applied problems. For example, to control a specific production site, it allows one to quickly track the closure of the cathode and anode in the electrolysis workshop, to recognize the material moving along the conveyor and to classify it by quality.

Digital twin is the creation of a mathematical model of the technological process. On the basis of data from digital twins, production operators can receive real-time recommendations on the management of the production process. The solution is used to control the consumption of materials and energy resources, identify defects, as well as monitor the performance of the process.

For example, a digital twin operated at the Kola Mining and Metallurgical Company allowed optimizing the delivery of the matte from the smelting furnaces to the converters. The ore-contaminating bodies identifier helped to avoid unwanted items in the crushing complexes of concentrating plants.

According to a survey by Stratistics MRC, the world consumption of nonferrous metals is projected to increase in the long term (growth in the consumption of copper is 1.7%, aluminum – 1.5%, zinc – 1.7% in 2030) due to:

According to the forecast of the International Copper Study Group, at the end of 2018, the deficit of copper in the world market was forecast to exceed 90,000 tons. In 2019, it is expected to be reduced to 65,000 tons. However, from 2020 to 2022, the deficit is expected to increase from 200,0000 to 250,000 tons, as the old deposits are depleted, and the copper content in their ores falls. However, there will be few new large-scale facilities put into operation (except for Russian ones, these are, perhaps, only Cobre Panama in Panama and Mina Justa in Peru). This will lead to an increase in the cost of copper mining and increase in the price of metal.

The growth of zinc consumption will be driven by the steel industry (zinc plating), brass and bronze production. The growth in the production of new types of vehicles will create additional demand for zinc in the amount of 2.4 million tons per year by 2030 and 3.6 million tons by 2050.

Artificial intelligence gives hope to solve the problems of defects and inefficiencies of electrolysis. Despite the fact that the process is quite common in the industry, it is still insufficiently studied. Metallurgists operate within the existing regulations, but they do not fully explain the physics and chemistry of the process. Artificial intelligence will create a digital twin of this process and show how it can be controlled more accurately. In addition, it will provide an opportunity to conduct virtual testing, and thus avoid unnecessary costs.

Of course, even within 20 years from now there will be no completely deserted enterprises, although people have been talking about this for several years. Maintenance staff still will be required. Another factor is that many operations, including dangerous ones, will be performed by robots instead of humans. And this is reasonable, because the requirements for safety and health are high in the metallurgical industry. Accordingly, if it is possible to replace a person with a robot on a particular site with harmful conditions, if it can perform necessary operations faster, then why not do this?

At the same time, metallurgical engineers will still be in demand, but with knowledge not only of theoretical foundations of the process, but also with a clear understanding of the business system. Software engineers, who are the creators of the artificial intelligence that will manage all processes of the plan, will still be needed as well.

Material science as a fundamental knowledge will move to a global internet platform, as well as trading, supply chain management and enterprise finance. It should be noted that recruitment services will not lose their importance, but, on the contrary, will be one of the key factors of successful business in the future. Well-trained personnel will become the basis of economic efficiency of enterprises.

Upon the achievement of this level of digitalization, automation at the level of the whole production will be possible. In this case, the economic benefit will be many times greater than the use of AI in only certain areas of production. This will be a real breakthrough, and it is an inevitable prospect for the development of the industry.

Konstantin Gorbach is intelligent applications director of ZYFRA, in charge of energy efficiency, quality and productivity in metallurgy and steelmaking. He previously worked as sales director for Yandex Data Factory. He has delivered consulting services on sales in industrial sectors, including nonferrous and ferrous metallurgy and oil extracting. He started his career as head of the sales department in energy, transport and medicine sectors in IBM EE\A.