More than 70 labeling bills have been passed in 30 states, and 18 states across the U.S. already consider GMO labeling common practice. 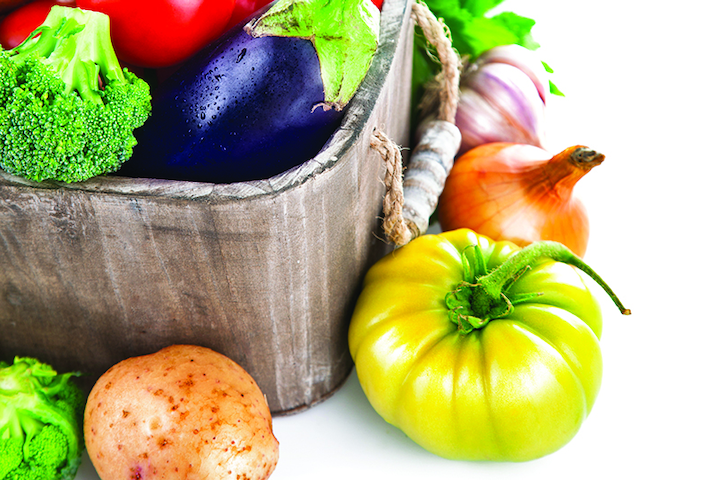 Genetically engineered foods have been a hot topic for a number of years, and the recent controversy surrounding the labeling of genetically modified organisms (GMO) is only the latest twist.

The grassroots movement surrounding food and beverage labeling is not new — it extends as far back as the late 1800s. In recent years, however, consumers have become increasingly aware of the impact and reach of GMOs, such as herbicide-resistant corn or hormone-rich milk. Advocates for GMO labeling are concerned about how GMOs might affect the overall, long-term food ecosystem and how they impact human development. Regardless of what consumers believe, GMO labeling helps individuals make informed choices.

As the genetic modification of fruits, vegetables, dairy products and meat has become more common, the calls for tighter controls and more transparency have grown. As it often does, the government has responded to these calls cautiously. Nevertheless, more than 70 labeling bills have been passed in 30 states, and 18 states across the U.S. already consider GMO labeling common practice.

With GMO labeling gaining such attention, what does this process mean for packaging companies?

The complexity of compliance

While the practice of GMO labeling continues to pop up in states across America, 64 countries around the world already mandate it. For food and beverage companies that conduct business inside and outside the U.S., GMO labeling is already a fact of life. Now, the labeling requirements will only get more complex because each state has its own particular requirements. For smaller companies looking to do business nationally, complying with many different laws can become complex and expensive.

Beginning July 1, 2016, for example, the state of Vermont will require all products that contain GMOs to clearly indicate their inclusion. This new law leaves retailers with three choices:

Disrupting the flow of product distribution to a specific region can severely and adversely impact the bottom line for business-to-consumer companies. Unfortunately, the alternative is equally unpleasant. Altering the individual nutrition packaging information for goods distributed to that region can actually exceed the costs of supply chain activity. With neither choice particularly enticing, big companies have adopted changes in their packaging labels to accommodate the GMO language. Campbell’s Soup Company was one of the first to anticipate this trend and adapted accordingly.

General Mills also plans to use GMO labeling on all its distributed products by July 1, as Vermont will soon require. The company opted to convert all labels in its 100 brands, including Betty Crocker and Yoplait, to Vermont-compliant standards. It was either that or face the higher costs of creating a whole new set of labels for a single state.

A growing number of states are choosing to deal with the GMO labeling requirement by passing their own labeling regulations, which creates inconsistent standards across the country. As regulations begin to fluctuate from state to state, large companies with nationally distributed products will have no choice but to obey these laws. To satisfy shareholders and maintain profit margins, these companies will need to pass the increased labeling costs to someone. Will that be the consumer?

Because food labeling standards will vary, a universal standard would make sense. However, the only governing body that could authorize such a regulation would be the federal government, and such an act of Congress is unlikely. Mandatory GMO labeling might cause problems among certain constituencies and industries, but a unification of standards might also make package labeling dramatically more efficient and not as daunting for national distributors.

Setting aside the contrast of opinions surrounding GMOs, the Food and Drug Administration (FDA) has chosen not to require mandatory GMO labeling, noting that genetically engineered ingredients bear little difference to non-genetically engineered ones. The result of this FDA decision is that companies must now decide for themselves how they wish to address concerns about GMOs.

With state-specific GMO labeling requirements, companies need to reprogram the machines printing the labels and keep track of the number of labels produced per product per state. These added production and administrative costs can create considerable burdens for smaller operations or operations with less than a handful of locations.

On the other hand, the individual state requirements can lead to greater opportunities to expand, providing more job opportunities due to the need for more locations. Companies receive more business as in-state genetically engineered food producers require new and highly specific labels. Mom and pop grocers now need professionally produced labels, and labeling companies are better equipped to help fulfill these state-specific requirements. For labeling companies that also provide packaging, these new markets mean an increase in the opportunity to provide additional services.

The importance of nutrition label placement

In a study conducted by the University of Minnesota, more than 70 percent of participants took note of at least one value on the nutrition labels of most products that they had seen. This seems to indicate that consumers are concerned about what they put into their bodies and that nutrition information should be easier to find.

Staring at products in the store is not how most people want to spend their time, especially in today’s fast-paced world. Consumers want to be in and out of the grocery store as quickly and painlessly as possible. If they cannot find information they are searching for on a particular product, they move on to the next brand on the shelf or to the next aisle completely, leaving those poorly labeled cans of diced tomatoes to gather dust on the shelf.

Generally speaking, genetically engineered ingredients on food labels should be identified near the ingredients and nutrition facts chart. Consumers will not look to see if this information is hidden in the fine print on the bottom of the cereal box. They are already looking at the nutrition information, so giving them the information they want where they want it makes sense.

With the FDA determining GMOs to be safe and a lack of support for mandatory GMO labels, other solutions have been proposed. U.S. Agriculture Secretary Tom Vilsack, for example, said that companies should consider voluntarily labeling their products with customizable, smartphone-accessible codes that identify ingredients, nutrition and GMO information. Smartphone users are growing at a rapid rate, making ideas like this a logical and consumer-friendly option. Those who want to know what their food contains will have the ability to explore ingredients in further detail. Consumers indifferent to the controversy will not be confronted with information they care nothing about. Those who do care, however, may find the process of exploration cumbersome and time consuming.

Presentation often makes or breaks a consumer’s decision to purchase a product. One company may produce packaging for a popular cereal, but if the box features the image of a skunk, parents may be less inclined to buy it for their children. The same can be said for products with labels that feature GMO nutrition information.

With the increased concern over GMO foods, more consumers are paying attention to nutrition labels. Although no long-term studies exist so far that prove whether GMOs pose health threats, many consumers are unwilling to risk their families’ health. They want to know what is in their food.

The growing millennial market is also impacting the GMO labeling discussion. Increasing numbers of millennials have rejected GMOs and are paying closer attention to how their food is grown, processed and marketed. Despite the studies that indicate GMO foods are not unhealthier than non-GMO foods, the so-called "clean label" movement has picked up momentum over the last year thanks in part to GMO concerns. Clean labels feature a list of simple ingredients delivered in simple, understandable terms. Millennials want to see a list of ingredients that they might find in their own kitchens. Unfortunately, due to FDA requirements, even common, natural ingredients can present a problem because their scientific names sound unfamiliar. For example, "maltodextrin" might cause a millennial pause when looking for a salad dressing before learning that it is a naturally occurring starch derived from potatoes, corn or rice. Likewise, seeing "ascorbic acid" on the label might cause millennials to put back their kids’ juice box, until they discover that it is just a clinical term for Vitamin C.

With differing regulations and a heightened (and often misguided) scrutiny on food labels occurring already, food and beverage producers are feeling anxiety about what GMO labeling might mean for their products and profits. After all, if people are concerned about tocopherol (another term for Vitamin E), what will they think about a product that is labeled "genetically modified"?

While the push for GMO labeling is high among certain consumers, others are against the idea based on the notion that identifying genetically modified foods on labels will significantly raise product costs. This may be true if the state-by-state GMO labeling trend continues, but if a national labeling standards bill should pass Congress and get signed into law, consumers would pay only about $2.30 more per person per year in added costs. Until that happens, however, those who fear a spike in pricing might have a valid point.

Many companies are now trying to get consumers to focus on packaging style rather than nutrition information. Companies are resorting to clever marketing techniques, labeling their products, "Same great taste, new look!" rather than pointing directly to ingredient labels that include "genetically modified" identifiers.

The staying power of GMO labeling

Perhaps the most daunting question of all, however, is whether the movement toward GMO labeling is a passing trend or a new standard.

Controversies over the contents of food and beverage products have been going on for generations. The 1938 Federal Food, Drug, and Cosmetic Act was a response in large part to the deaths of more than 100 people who had consumed a medicine containing elixir sulfanilamide. Major changes that came about in 1962 and 1980 were not without controversy, either.

If past events prove true, food and beverage packagers should not expect the GMO controversy to die down. Instead, they should be taking steps to get ahead of the trend, rather than simply reacting to it.

John O’Donnell is part of the EPI Labelers sales team. EPI Labelers provides labeling equipment for the packaging industry and works with clients in a variety of applications including snack food, beverage and bakery. For more information, call 717-235-8345 or visit its website.

Knotek: The current state and future of industrial maintenance technicians

How industry leaders can grow the pool of talent
Richard Knotek
Dec 5th, 2019