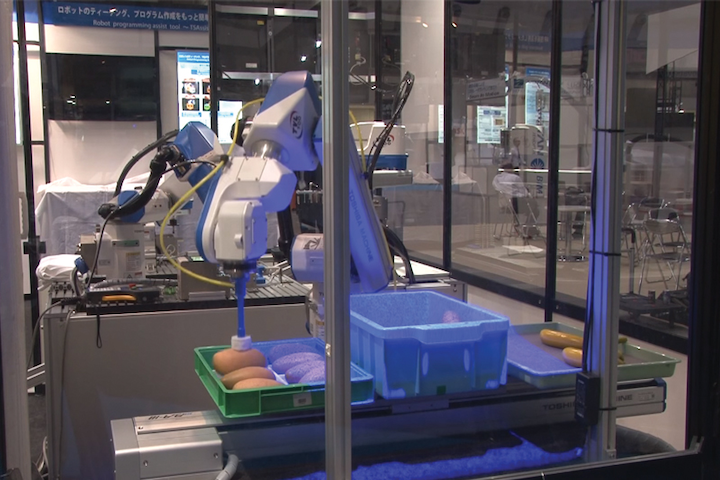 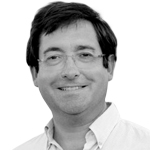 Nigel Smith is president and CEO of Toshiba Machine partner, TM Robotics. Smith founded TM Robotics after holding a number of positions at Toshiba International. During his time at Toshiba, he was responsible for the sales, marketing and support of the company’s PLC and industrial robot product range throughout all of EMEA.

Q: How are processing plants making the most of robot technology?

The most competitive businesses are identifying pain points in their processes and using automation to make completing these tasks easier, faster and cheaper. Bin picking is a great example of this.

Taking a product out of a bin and placing it into the next container for further processing or packaging is boring, repetitive and dull. Nevertheless, it requires a high level of accuracy and consistency, making this process an ideal candidate for automation.

Traditionally, vision systems that were designed to automate bin picking have been heavily dependent on CAD software. Unfortunately, this doesn’t work for non-uniform products — think fruits or vegetables.

Today, processing plants are opting for 3D vision systems that no longer require CAD software to identify products. These vision systems are much simpler to use and can recognize the position of randomly assorted items in a bin, regardless of shape or order.

Q: What has been the most novel application you’ve seen to date?

Using these advanced vision systems, facilities can now handle complete randomness in relation to a product’s shape or size. Manufacturers no longer need to rely on CAD to recognize the shapes of products — much like the example of mango and apples.

Unsurprisingly, there’s no CAD data for fruit. However, today’s vision systems can cope with this challenge and make intelligent decisions on how to carry out this task, picking the fruit effectively in the most logical order, even if the bin contains exceptionally wonky fruit.

This is carried out through passive imaging. The latest vision systems use two high-speed cameras capturing 3D images at 30 frames per second. This generates a stable 3D image of the workpieces, which is sent to the robot via a robot controller. The system can then process these images and identify the most logical order to pick up the wonkiest of mangos and apples, with submillimeter accuracy.

Q: Has there been an increase in demand for a particular type of robot with this technology?

Bin-picking automation requires a robot with six axes of movement, so it’s the six-axis vertically articulated robots that are being used for this application. These robots can vary their approach as they reach into the bin, meaning they can reach more workpieces. What helps is that the stereo camera is constantly checking the robot’s working envelope, if a workpiece is out of reach, it is skipped.

This is important when you consider the high levels of strength and speed of most six-axis robots. Having the robot hit the side of the box could be problematic, driving production to a halt or damaging products.

Q: How do you see the use of industrial robots changing over the next 30 years and how does this fit in with IIoT/Industry 4.0?

Automation is about productivity. Industrial robots are often deployed for their increased speed, but this benefit must outweigh the time spent implementing this technology, and the ongoing staff resources to maintain and operate the robots.

The most competitive businesses will choose robots that are easy to install and use, allowing them to reap the benefits of automation as they continue to meet looming deadlines and increasingly stringent regulations.

Q: Should workers fear job losses to robots and other automation technologies?

When weaving machines were adopted during the 19th century, the threat of job losses didn’t deter manufacturers from automating their processes. Today, the scenario is similar. We need to remain competitive in this current economic climate, embracing new technology and boosting the economy that will benefit everyone in the long term.

Going back to the bin-picking example, this task is not only boring, but painfully repetitive for a human worker. By automating this task, these employees are freed to take on more complex tasks. However, for this idea to come to fruition, manufacturers must invest in the creation of higher-paid, higher-skilled jobs — not only to manage the increased productivity of their factory, but to help make intelligent decisions related to automation.

As demand for nonferrous metals grows, so does the demand for digitalization of processes.
Konstantin Gorbach
May 22nd, 2019