A direct-acting valve is the best choice for remote locations 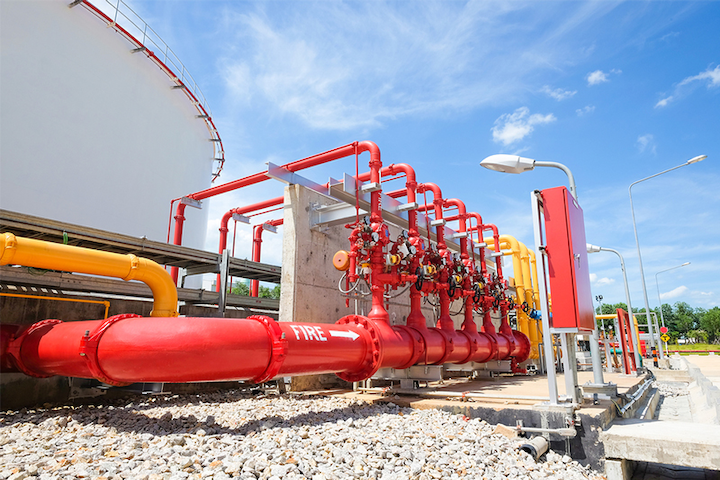 If a valve doesn’t operate, your process doesn’t run, and that is money down the drain. Or worse, a spurious trip shuts the process down. Or worst of all, a valve malfunction leads to a dangerous failure. Solenoid valves in oil and gas applications control the actuators that move large process valves, including in emergency shutdown (ESD) systems. The solenoid needs to exhaust air to enable the ESD valve to return to fail-safe mode whenever sensors detect a dangerous process situation. These valves must be quick-acting, durable and, above all, reliable to prevent downtime and the associated losses that occur when a process isn’t running.

And this is even more important for oil and gas operations where there is limited power available, such as remote wellheads or satellite offshore platforms. Here, solenoids face a double reliability challenge. First, a failure to operate correctly can not only cause costly downtime, but a maintenance call to a remote location also takes longer and costs more than a local repair. Second, to reduce the demand for power, many valve manufacturers resort to compromises that actually reduce reliability. This is bad enough for process valves, but for emergency shutoff valves and other safety instrumented systems (SIS), it is unacceptable.

Poppet valves are generally better suited than spool valves for remote locations because they are less complex. For low-power applications, look for a solenoid valve with an FFR of 10 and a design that isolates the media from the coil. (Courtesy of Norgren Inc.)

Many factors can hinder the reliability and performance of a solenoid valve. Friction, media flow, sticking of the spool, magnetic forces, remanence of electrical current and material characteristics are all forces solenoid valve manufacturers have to overcome to build the most reliable valve.

High spring force is key to offsetting these forces and the friction they cause. However, in low-power applications, most manufacturers have to compromise spring force to allow the valve to shift with minimal power. The reduction in spring force results in a force-to-friction ratio (FFR) as low as 6, though the generally accepted safety level is an FFR of 10.

Several elements of valve design play into the amount of friction generated. Optimizing each of these allows a valve to have higher spring force while still maintaining a high FFR.

For example, the valve operates by electromagnetism — a current stimulates the valve to open, allowing the media to flow to the actuator and move the process valve. This media may be air, but it may also be natural gas, instrument gas or even liquid. This is especially true in remote operations that must use whatever media is available. This means there is a trade-off between magnetism and corrosion. Valves in which the media comes in contact with the coil must be made of anticorrosive materials, which have poor magnetic properties. A valve design that isolates the media from the coil — a dry armature — allows the use of highly magnetized material. As a result, there is no residual magnetism after the coil is de-energized, which in turn allows quicker response times. This design also protects reliability by preventing contaminants in the media from reaching the inner workings of the valve.

Another factor is the valve housing design. Usually a heavy (high-force) spring requires a high-power coil to overcome the spring strength. Integrating the valve and coil into a single housing improves efficiency by preventing energy loss, allowing for the use of a low-power coil, leading to less power consumption without diminishing FFR. This integrated coil and housing design also reduces heat, preventing spurious trips or coil burnouts. A dense, thermally efficient (low-heat generating) coil in a housing that acts as a heat sink, designed with no air gap to trap heat around the coil, virtually eliminates coil burnout concerns and protects process availability and safety.

Poppet valves are generally better suited than spool valves for remote operations. The reduced complexity of poppet valves increases reliability by reducing sticking or friction points, and decreases the number of components that can fail. Spool valves often have large dynamic seals and many require lubricating grease. Over time, especially if the valves are not cycled, the seals stick and the grease hardens, resulting in higher friction that must be overcome. There have been reports of valve failure due to moisture in the instrument media, which thickens the grease.

A direct-acting valve is the best choice wherever possible in low-power environments. Not only is the design less complex than an indirect-acting piloted valve, but also pilot mechanisms often have vent ports that can admit moisture and contamination, leading to corrosion and allowing the valve to stick in the open position even when de-energized. Also, direct-acting solenoids are specifically designed to shift the valves with zero minimum pressure requirements.

Note that some larger actuators require high flow rates and so a pilot operation is necessary. In this case, it is important to ascertain that all components are rated to the same reliability rating as the solenoid.

Finally, since most remote locations are by definition harsh environments, a solenoid installed there must have robust construction and be able to withstand and operate at extreme temperatures while still maintaining the same reliability and safety capabilities required in less harsh environments.

When selecting a solenoid control valve for a remote operation, it is possible to find a valve that does not compromise performance and reliability to reduce power demands. Look for a high FFR, simple dry armature design, great magnetic and heat conductivity properties and robust construction.

Andrew Barko is the sales engineer for the Energy Sector of IMI Precision Engineering, makers of IMI Norgren, IMI Maxseal and IMI Herion brand components for energy operations. He offers cross-functional expertise in application engineering and business development to the oil, gas, petrochemical and power industries and is certified as a pneumatic Specialist by the International Fluid Power Society (IFPS).

Collin Skufca is the key account manager for the Energy Sector for IMI Precision Engineering. He offers expertise in new business development and customer relationship management to the oil, gas, petrochemical and power industries and is certified as a pneumatic specialist by the International Fluid Power Society (IFPS).