A loop calibration tool can expedite valve testing by quickly screening valves to identify those that are working properly and those that aren’t. 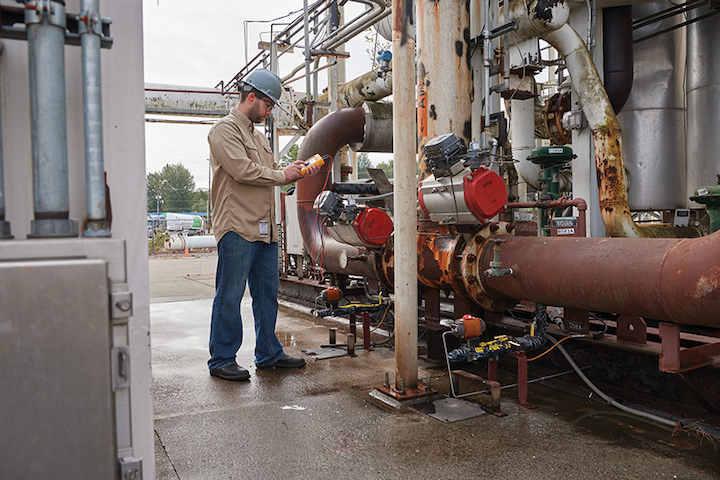 The Fluke 710 Loop Calibrator’s built-in feedback element outputs the actual position as a percentage of open/close. All images courtesy of Fluke Corporation

Proportional "smart" control valves can provide much more versatility and intelligence for flow control systems in process industries compared to traditional valves. Their onboard intelligence delivers advanced diagnostic information that adds increased confidence that these critical flow control devices are performing at their best. Proportional valves also provide infinite adjustability of flow volumes and configurable speed and trim options, which help to increase efficiency and energy savings. Accurately assessing the performance of these valves has traditionally been a time-consuming process that often requires downtime to pull valves from the line.

Many proportional smart control valves have a built-in feedback element that outputs the actual position as a percentage of open/close. This output can be a 4 to 20 milliamp (mA) signal or a digital HART variable that represents 0 to 100% of control valve operating span.

Applying a varying mA signal, while simultaneously monitoring the output mA or percentage of travel signal, allows technicians to see whether a control valve is operating correctly over its range. This "step response" test shows the valve’s physical position compared to its expected position, and the signal required to move it to that position.

If the valve needs more energy to reach a specified position, it will call on more pressure. For example, a valve may be programmed to know that if 12 milliamps are applied it should be 50% open. The smart electronics will control a smart pressure regulator or I/P to increase or decrease the pressure as needed to move the control element to the desired position. Monitoring and recording the pressure applied to the final control element, while varying the input 4 to 20 mA signal to the valve is key to identifying a sticking valve and is often referred to as a "signature" test.

If a valve is sticking, it will require more pressure to move to the desired position. A valve that is operating correctly will normally show a linear relationship between pressure and mA or position of the valve. Any deviation from the applied signal is a potential indication of aberrant behavior by the valve. Spikes in the required pressure can help identify the positions where the valve may be sticking. 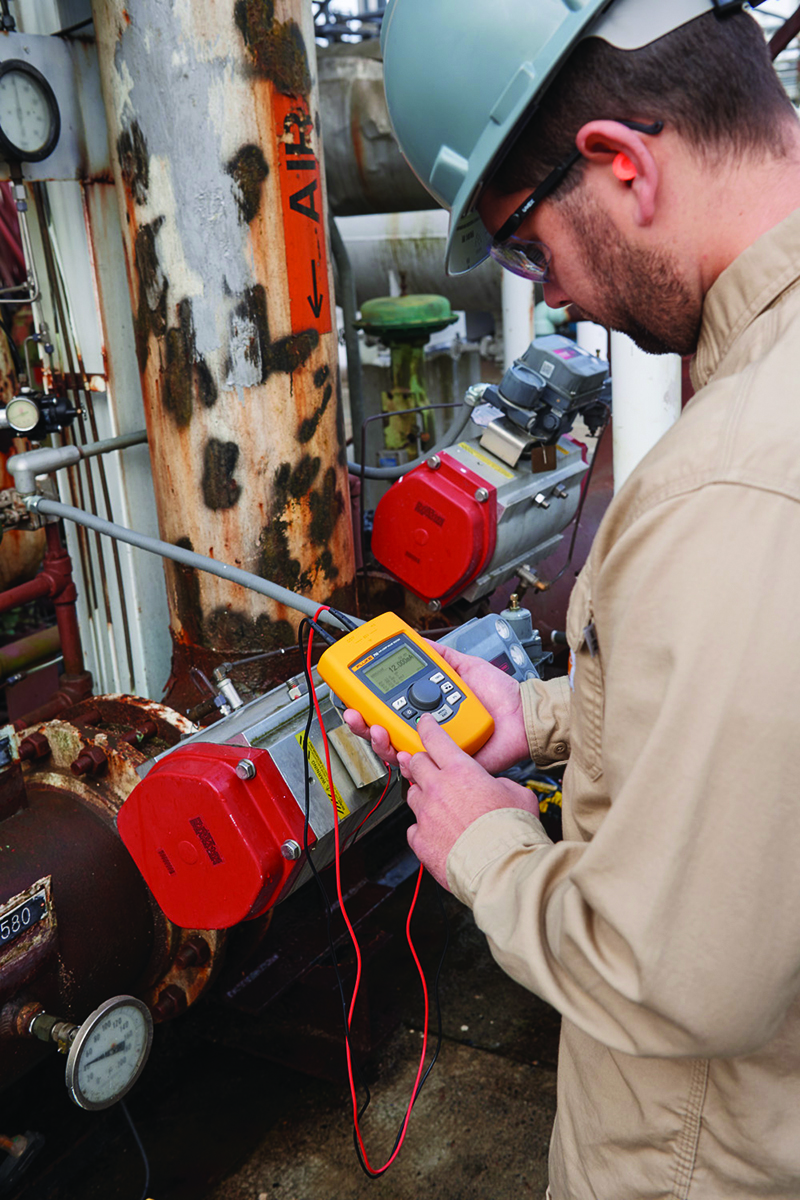 The Loop Calibrator is used to run a HART signature test on a valve to quickly screen valve performance. This helps technicians quickly decide which valves require additional attention.

Valves typically include simple manual indicators that approximate the percent of travel for a specific setting when the valve is in operation. However, that indicator does not show how the valve will operate under dynamic conditions and isn’t always accurate. For example, the indicator on the side of the valve might indicate that it’s at 50%, but it might actually be at 51% or 49%. In many processes that small percentage could make a big difference.

More sophisticated valve performance tests require removing the valve and testing its performance on a "valve prover." The price of valve provers tends to put them out of range for many plants and shops. Valve testing can also be conducted with specialty HART test instruments; however, those can be difficult to use and may not be well understood by less skilled technicians.

Aside from the price of the testing equipment, the time required to pull a valve, test it and replace it is significant. One process instrumentation instructor estimated that a skilled technician with a mechanic assisting can test roughly four valves a day when the valves are pulled and tested on a prover. The mechanic would pull the valve and bring it to the bench; the technician would test it; and the assistant would replace the valve already tested while the technician is testing the next valve.

There is now a loop calibration tool that can expedite valve testing by quickly screening valves to identify those that are working properly and those that aren’t. This helps technicians quickly decide which valves require additional attention. If the valve is working normally, there’s no need to pull it from the process.

A technician can easily assess the performance of a proportional smart valve in just five minutes and minimize downtime in the process. The loop calibrator can perform several fully automated tests, including a preconfigured valve signature test, speed test, step test and bump/partial stroke test. It not only provides a "go/no go" assessment but logs additional information to help technicians learn more about the results by uploading them to a PC for further analysis.

Setting up the loop calibrator is fairly simple. It starts with removing control wires and connecting the loop calibrator test leads to the valve. The signature test automatically ramps the mA signal from 4 to 20 mA and back to 4 mA, all the while recording feedback from the valve to determine whether it moves properly. The tool automatically records the pressure applied to the valve control element, looking for smooth linear changes in ascending and descending pressure across the band.

By monitoring the pressure that is being used to move the valve, a technician can quickly identify spikes, which indicate sticking. When the test is complete, an assessment of valve performance — good, marginal, or bad — is shown on the backlit display. The results can then be uploaded to application software for further analysis.

This automated testing makes it easier for technicians at all skill levels to perform quick checks of valve health without giving up a broader range of testing capabilities. This makes it practical for less skilled technicians to run quick-check tests on valves, and based on the results, determine whether to call a specialist. 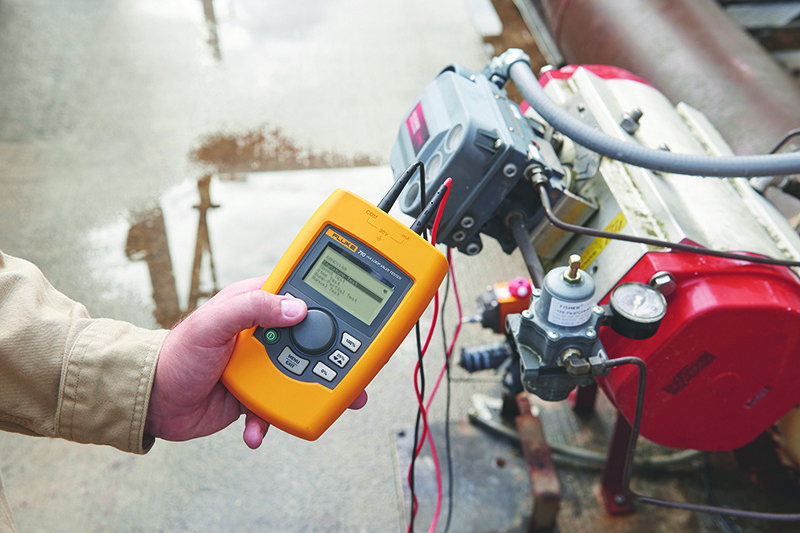 One of the best ways to make valve testing more efficient is to create a performance baseline of valves when in a known good state. The time to do this is when the valve is first commissioned or after it is overhauled. After performing the tests, the technician can upload the results, along with the tag number of the valve, to application software. The time and upload date are also captured.

Once the baseline performance tests of the valves are in the system, they can be compared to future test results. This helps technicians quickly see if there have been unexpected changes, even if the valve is still good. If the valve is bad, the technician can see a record of whether the decline in performance was sudden or more gradual.

This comparison data can help maintenance managers fine-tune the interval for valve testing. Some things to consider in establishing the best maintenance interval are whether the application is rough service or light-duty, and the type of equipment in which the valve is installed. For example, valves used in safety and shutdown systems should be checked every three months. Valves used in light-duty, general processes can be checked at longer intervals such as every year.

When in doubt, pull the valve

Depending on the type and criticality of the application, if the performance of the valve is concerning, it should probably be pulled. Some potential indicators that a valve needs to be pulled include a non-linear signature or deviations in the curves. This can indicate that the valve is developing issues that may reduce performance and longevity. Likewise, a "bad" or "marginal" rating from a test on the loop calibrator described above is also a signal to investigate further and perhaps bring in a specialist to determine if more extensive testing is required.

Jim Shields is a product manager for the Process Calibration group for the Fluke Corporation. He has worked in the field of electrical, temperature and pressure measurement for more than 25 years.